Richard Leakey is the world's best-known paleoanthropologist, credited with some of the most significant fossil discoveries of the 20th century, but he is even more famous for his political and conservation efforts. Serving his native country of Kenya as a senior government official, a member of parliament, an opposition political activist, a conservationist, an administrator, a museum director, a scientific researcher, an author and a farmer, Leakey has been both successful and controversial.

Uncompromising in his crusade against government corruption and unwavering in his devotion to his country, Leakey, a lifelong critic of the mismanagement of Kenya's wildlife, was appointed Director of Kenya Wildlife Services (KWS) in 1989, where he led the effort to end elephant poaching in Africa. He drew international support for a ban on the trade in ivory and raised $150 million for wildlife conservation.

In 1995 Leakey joined forces with a small group of Kenyans to establish Safina, a political party created to unify the opposition in Kenya. Despite constant government-sponsored verbal and physical attacks, Leakey continued to fight against a system he considered oppressive and self-defeating. In 1999, Kenyan President Daniel arap Moi appointed Leakey Head of the Civil Service and Secretary of the Cabinet. During his service, Leakey worked closely on a number of national issues, including Kenya's response to HIV/AIDS, privatization of state owned enterprises and the reduction of poverty. The heart of his work, however, was dedicated to exposing and reducing institutionalized corruption in Kenya.

Leakey is currently a professor Stony Brook University in the Department of Anthropology and serves as the Chair of the university’s Turkana Basin Institute. He also founded and chaired Wildlife Direct, a charitable organization based in Kenya, which was established to provide support to conservationists in Africa. In 2007, Leakey served as interim chairman of the Kenyan branch of Transparency International and was elected a fellow of the Royal Society. For his contributions to science and humanity, Leakey received the 2013 Isaac Asimov Science Award from the American Humanist Association. A major motion picture inspired by Leakey's life is in development with Columbia Pictures, he has been profiled on 60 Minutes, and was included in Time Magazine as one of the Century's 100 Greatest Minds.

In addition to his activism, Leakey has authored over 100 scientific articles and books, including The Sixth Extinction, Origins, Origins Reconsidered, The Origin of Humankind, and One Life. He has also presented on several television programs, including the 5-part Making of Mankind and NBC's Earthwatch. His latest book, Wildlife Wars: My Fight to Save Africa's Natural Treasures, continues the story of his life, focusing on his tenure as Director of Kenya Wildlife Services. 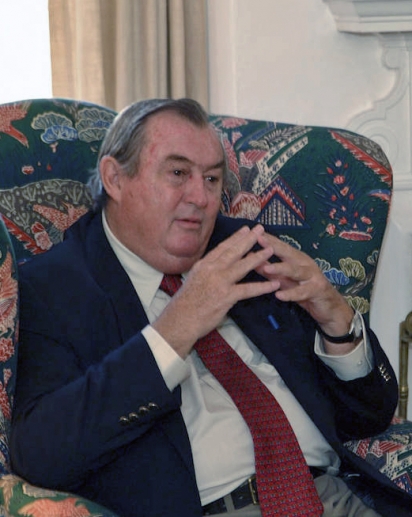