Richard Reeves is a writer and syndicated columnist who has made a number of award-winning documentary films and written several books. He also is a former chief political correspondent for The New York Times, and is currently a lecturer at the Annenberg School for Communication at the University of Southern California in Los Angeles. Reeves’ work focuses on U.S. politics, and his books include President Nixon: Alone in the White House, President Kennedy: Profile of Power, and President Reagan: The Triumph of Imagination. For his writing, Reeves has received a number of awards including the American Political Science Association’s Carey McWilliams Award for distinguished contributions to the understanding of American politics. Reeves has also earned an Emmy Award for his work on ABC news, the Book of the Year Award from Washington Monthly, the PEN Non-Fiction Book of the Year Award, and the Lifetime Achievement Award from the National Society of Newspaper Columnists. Reeves has honorary degrees from his alma mater, Stevens Institute of Technology, Drew University, amd St. Joseph’s College.

Reeves’ Montgomery Fellowship was part of a series on presidential politics. While on campus, he delivered a lecture titled, “Presidential Leadership: Presidents John F. Kennedy, Richard Nixon, and Ronald Regan,” and engaged with students and faculty in a number of classes. 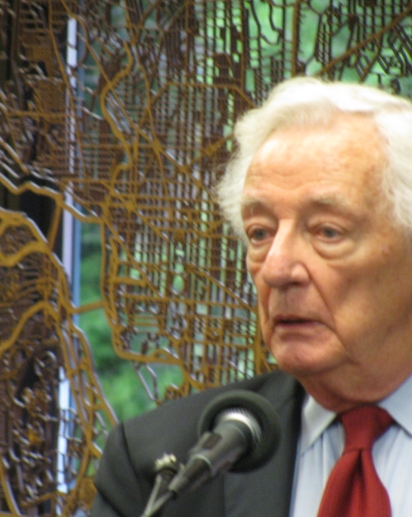