Rita Colwell is an environmental microbiologist whose work has focused mainly on global infectious diseases, safe drinking water, and global health. She founded and chairs CosmosID, a bioinformatics company, is Chairman Emeritus of Canon US Life Sciences, Inc. and Distinguished University Professor, both at the University of Maryland at College Park and at John Hopkins University Bloomberg School of Public Health. Colwell also served as the 11th director of the National Science Foundation from 1998 to 2004.

In addition to her global research, Colwell is interested in science and mathematics education at all levels and the increase of women and minorities in the sciences and engineering.

Colwell has held several advisory positions in the U.S. Government and many science organizations around the world, and she has authored and co-authored multiple books and hundreds of scientific publications. She has received over fifty honorary degrees from educational institutions including her alma mater, Purdue University. The recipient of numerous awards, Colwell has earned the Order of the Rising Sun, Gold and Silver Star from the Emperor of Japan, the National Medal of Science from President George W. Bush, the Stockholm Water Prize from the King of Sweden, the Central Intelligence Agency Civilian Recognition Award, and the American Association of University Women Award, among others.

Colwell returned to Dartmouth for her Montgomery Fellow, after delivering the address at Thayer Engineering School’s Investiture ceremony in 2004. During her time on campus, she delivered a lecture in which she discussed the interaction of climate, epidemiology, ecology, and human health. She also called for a more interdisciplinary approach to human health. 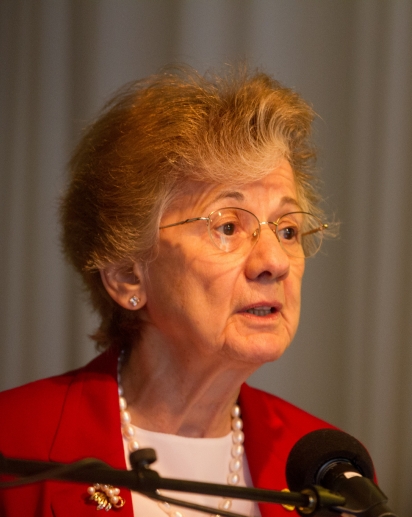