Roald Hoffmann is a winner of the Nobel Prize in Chemistry (1981), author, playwright, poet, and essayist. Since 1965, he has been at Cornell University, where he is the Frank H. T. Rhodes Professor of Humane Letters Emeritus. Hoffmann’s love of science has informed not only his scientific teaching and research in organic, inorganic, and solid state chemistry at Cornell where he has worked since 1965, but also his works of poetry, his plays, and his books of philosophical meditations and essays dealing with the relationship of science to religion and with the magic of chemistry and its link to everyday life. After escaping Nazi-occupied Poland and coming to the U.S. with his mother, Hoffmann eventually attended Columbia University and Harvard University. While at Harvard, he was named to the Society of Fellows and went on to win the Nobel Prize. In addition to the Nobel Prize, Hoffmann has received the ACS Award in Pure Chemistry, the Arthur C. Cope Award from the American Chemical Society, the National Medal of Science, the Priestley Medal, the Kolos Medal, and the E.A. Wood Science Writing Award, among many others. Hoffmann is a member of the International Academy of Quantum Molecular Science and serves on the Board of Sponsors of The Bulletin of the Atomic Scientists.

During his time as a Montgomery Fellow, Hoffmann participated in three public events: a stage reading of Should’ve, his play dealing with the ethics of science, and two lectures: “Indigo: A Tale of Craft, Religion, History, Science and Culture” and “Chemistry’s Essential Tension.” Hoffmann also led a Chemistry Department seminar. 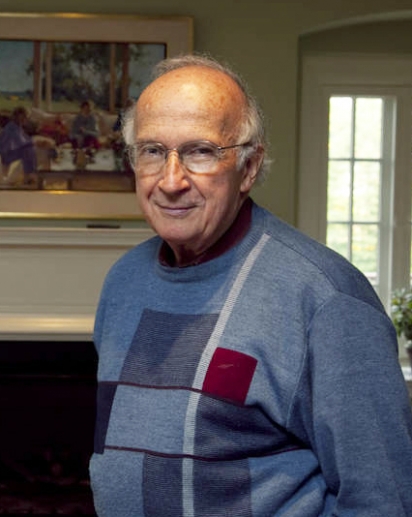