Robin Wright is an American journalist, foreign affairs analyst, and author. A global affairs correspondent for more than three decades, reporting from more than 130 countries on six continents, Wright has worked for The Los Angeles Times, CBS News, The Washington Post, The Christian Science Monitor, The Atlantic Monthly, Foreign Affairs, and The New Yorker, among others. In 2003, Wright became a regular panelist on NBC’s Meet the Press.

Wright has earned much praise and recognition for her writing. Her first piece for The New Yorker on Iran won the National Magazine for best reporting, and she received the United Nations Gold Medal for reporting on international affairs in 2003. Wright has also earned the Overseas Press Club Award for her coverage of African wars, the National Press Club Award for diplomatic reporting, a MacArthur Foundation grant, and was named journalist of the year by the American Academy of Diplomacy. The author of several books, Wright’s works include The Last Great Revolution: Turmoil and Transformation in Iran, Sacred Rage: The Wrath of Militant Islam, and Dreams and Shadows: The Future of the Middle East, which was named one of 2008’s most notable books by both The New York Times and The Washington Post.

In addition to her fellowship at Dartmouth, Wright has served as a fellow at Yale, Duke, and the University of California, Santa Barbara as well as at the Bookings Institution and the Carnegie Endowment for International Peace. Wright’s time at Dartmouth was part of the Montgomery Endowment’s 25th Anniversary Series, “Truth and Ethics in Journalism,” for which she was joined by The New York Times columnist David Brooks. Wright’s lecture was titled, “The Middle East and Islamic World: Challenges in 2004.” 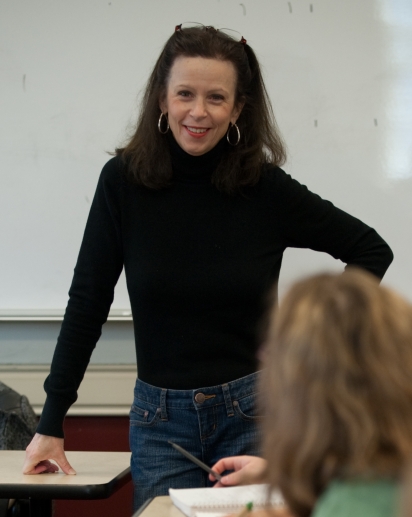