Ruth Reichl, the former dining critic of the New York Times and Los Angeles Times, the former editor-in-chief of Gourmet, and currently editor-at-large at Random House, is one of America’s premier food critics. Reichl has, according to one reviewer, had “a front-row seat for some of the greatest American culinary developments over the last 30 years.“

She is the author of four widely acclaimed and candidly autobiographical, and passionate food memoirs, including Tender at the Bone: Growing Up at the Table, Comfort Me With Apple: More Adventures at the Table, Garlic and Sapphires, and For You Mom, Finally, (originally published as Not Becoming My Mother and Other Things She Taught Me Along the Way). She is also the author of the novel, Delicious, and My Kitchen Year: 136 Recipes That Saved My Life, a memoir of recipes prepared in the year following the end of Gourmet.

For her work, Reichl has received six James Beard Foundation Awards and multiple awards from the Association of American Food Journalists. Reichl has also earned the YWCA’s Elizabeth Cutter Morrow Award, which celebrates the accomplishments of successful women.

Since the ending of Gourmet, Reichl has served as host for “Eating Out Loud,” a Food Network Special that highlights cuisine from around the U.S., and she frequents the monthly food radio show on WNYC, hosted by Leonard Lopate. Reichl has served as a judge on Top Chef Masters, and appeared as the Featured Author at the Iceland Writers Retreat, where she led a writing seminar.

During her time as a Montgomery Fellow, Reichl delivered a lecture titled “Eating our Words” as part of a larger series on food, which also featured Dan Barber and Calvin Trillin. She also engaged in more casual conversations with students and faculty around campus about food and cooking. 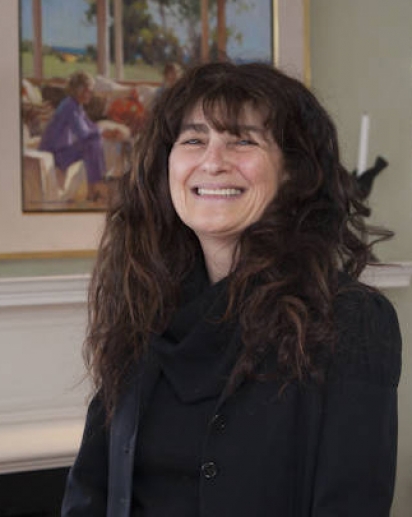