Sheryl Crow, an award-winning American sing-songwriter and actress, came to Dartmouth as a Montgomery Fellow for the lecture series, “Making Moves, Making Music.” Though she was trained as a classical pianist, pop, jazz, blues, folk, and country influence Crow’s music. Over the course of her career, Crow has written songs for major artists like Celine Dion and Wynonna Judd and for a number of films, and has released several of her own albums, which include Tuesday Night Music Club, The Globe Sessions, C’mon C’mon, Wildflower, Detours, and Feels Like Home, selling millions of them worldwide. Crow has earned nine Grammy Awards out of her thirty-two nominations, and performed with numerous musicians like Michael Jackson, Eric Clapton, Prince, Stevie Nicks, Tony Bennett, Bob Dylan, and Tina Turner. She has performed all over the world and at a number of major events, including the 2008 Democratic National Convention. As an actress, Crow has made appearances on a number of television shows including One Tree Hill, Cougar Town, 30 Rock, Hannah Montana, and The Voice. 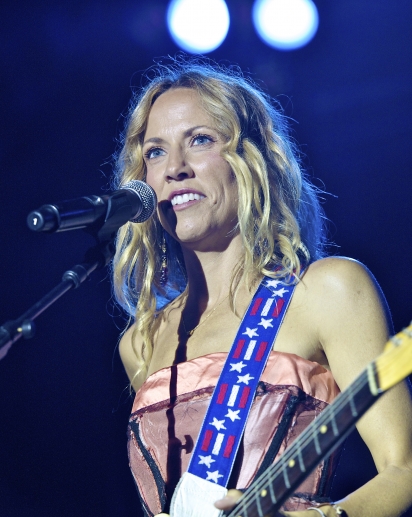