Steve Kelley ’81 is an editorial cartoonist, comedian, and writer. He is also the co-creator of the comic strip, Dustin. Kelley’s work has appeared in more than 100 newspapers and magazines, including The New York Times, USA Today, The Chicago Tribune, and Newsweek. His cartoons have won many awards, including the National Headliner Award, the Los Angeles Press Club Award, and six first-place California Newspaper Publishers Association Awards. Kelley also has won the Best of The West competition and was a finalist for the Pulitzer Prize in the editorial cartooning category. In addition to his illustrations, Kelley has written and performed stand-up comedy for a number of years, performing multiple times on The Tonight Show, at Harrah’s, the Riviera, and the Desert Inn in Las Vegas, and at Carnegie Hall.

During his Montgomery Fellowship, Kelley delivered a public lecture titled, “Art Irritates Life: Politics and Stuff People Really Care About.” He also met with faculty and students in a variety of settings, and his art was on display in the Upper Jewett Corridor of the Hopkins Center. 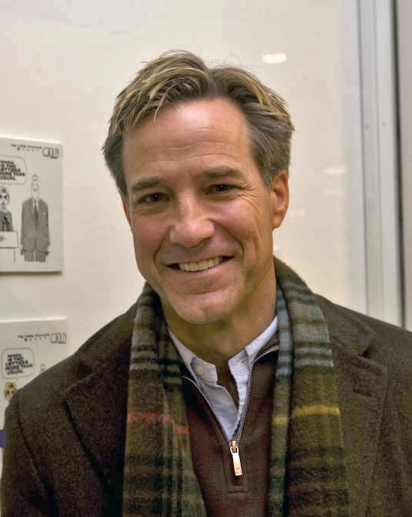