Suzan Shown Harjo, Cheyenne and Creek, is an advocate for Native American rights, an advocate, writer, and poet who has dedicated her life to helping Native people. Some of the causes Harjo has taken on include the removal of Native mascots at the college and professional level in athletics, the recovery of tribal lands, gaining fishing and hunting rights for Native communities, and enhancing Native education. Harjo is the current President and Director of The Morning Star Institute, a non-profit organization for Native American cultural rights advocacy; a Founding Member of the Board of Directors for Native Children's Survival, devoted to the healing of Mother Earth and her children; and Co-Chair of the Howard Simons Foundation for Indian Journalists. Since 1974, Harjo has developed and implemented more than 300 successful legislative and appropriations efforts, and served in the Carter administration as special assistant to the Office of the Secretary of the Interior. She also has served as president of the National Council of American Indians, and has appeared on television as a Native spokesperson, on programs like Oprah!, C-SPAN, and Larry King Live.  In 2014, Harjo received the Presidential Medal of Freedom from President Barack Obama, the U.S.’s highest civilian honor. She also became the first female Native American Montgomery Fellow at Dartmouth and the first Native Visiting Mentor at Stanford University. Harjo also writes poetry and has published two collections. 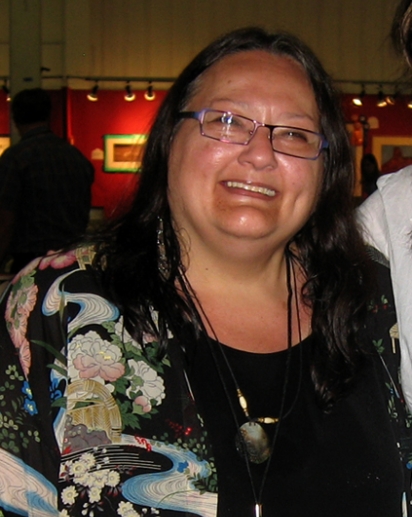