Thomas Allen Harris is an award-winning director and filmmaker, and the founder and President of Chimpanzee Productions, which is dedicated to illuminating the Human Condition through the audio-visual experience. His films include, Through A Lens Darkly: Black Photographers and the Emergence of a People, É Minha Cara/That’s My Face, and Twelve Disciples of Nelson Mandela.

Harris’ work is largely guided by the search for identity, family, and spirituality, and his films have received critical acclaim at several international film festivals such as Sundance, Berlin, Toronto, and Cape Town. Multiple television networks, including PBS, the Sundance Channel, and the New Zealand Television have also broadcast his films.

In addition to making films, Harris is a published writer, photographer, and curator, and a variety of his work has also been featured in a number of museum including the Museum of Modern Art, the Whitney Biennial, and the London Institute of the Arts.

More recently, Harris’ work has focused on personal archiving and the use of media as a tool for social change. This work was featured during his time as a Montgomery Fellow when he brought his Digital Diaspora Roadshow to campus and interviewed numerous community members about their family history.  In addition to this project, Harris visited a number of classes, spent time in more causal settings with students and faculty, inspiring them to think more deeply about their personal and family narratives. 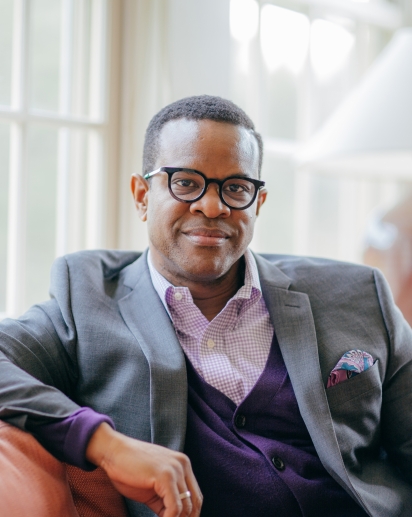