Thomas Cech is a Nobel Laureate in chemistry for his work in discovering the catalytic properties of RNA. Since 1978, Cech has served as a professor at the University of Colarado, where he remains Distinguished Professor in the Department of Chemistry and Biochemistry. He also leads a world-renowned biochemistry lab there. From 2000-2009, Cech served as president of the Howard Hughes Medical Institute in Maryland, the largest private biomedical research organization in the U.S.

In addition to the Nobel Prize, Cech has received many other national and international awards including the Heineken Prize of the Royal Netherlands Academy of Sciences, the Albert Lasker Basic Medical Research Award, the Othmer Gold Medal, and the National Medal of Science. He also was elected to the U.S. National Academy of Sciences and received a lifetime professorship by the American Cancer Society.

During his time at Dartmouth, Cech delivered the lecture, “Exploring the Edges Between Scientific Disciplines” and engaged with students and faculty in a variety of settings. The following spring, he received an honorary degree from Dartmouth at Commencement. 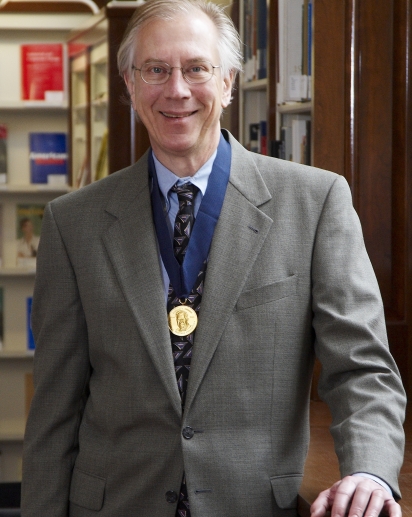