Tom Rosenstiel is an author, journalist, and press critic who serves as the executive director of the American Press Institute (API), and is one of the U.S.’s most recognized thinkers on the future of media. Before he joined the API, Rosenstiel founded and directed the Project for Excellence in Journalism and was the co-founder and vice chair of the Committee of Concerned Journalists. He is the author of several books, including The Elements of Journalism: What Newspeople Should Know and the Public Should Expect, Warp Speed: America in the Age of Mixed Media, Blur: How to Know What’s True in the Age of Information Overload, and The New Ethics of Journalism: Principles for the 21st Century. In recognition of his work, Rosenstiel has received a number of awards including the Goldsmith Book Award from Harvard, four Sigma Delta Chi Awards for Journalism Research from the Society of Professional Journalists and four awards for national for media criticism from Pennsylvania State University. Rosenstiel has also been named a fellow of the Society of Professional Journalists, received the Honor Medal for Distinguished Service in Journalism from the University of Missouri Journalism School, the Dewitt Carter Reddick Award for Outstanding Professional Achievement in the Field of Communications from the University of Texas at Austin, and the Columbia Journalism School Distinguished Alumni Award.

Rosenstiel’s visit to Dartmouth was part of the Montgomery Endowment’s 25th Anniversary Series, “Truth and Ethics in Journalism,” for which he delivered the lecture, “A Socratic Dialogue on the State of Journalism.” 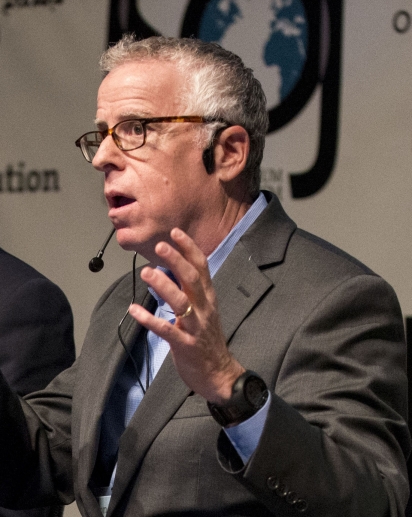