Ulrike Ottinger is one of the most prominent German avant-garde artists known for her paintings, photographs and, above all, her fictional movies. Fiction and reality are often very close, as she says: “My films are often set in futuristic landscapes and create a surreal imagery, but my inspirations often come from reality, from observing the world, the people, their different cultures and traditional role patterns.“ Through a surrealist lens, her art work addresses the role of power and its ability to suppress and marginalize difference. Her works are admired for their radical treatment of sexuality and gender and the challenge of traditional role patterns, manifesting itself in strong and exceptional female characters. Acting as writer, director and producer, her movies have always been strong voices within the Women’s movement.

Ulrike Ottinger started as an artist studying etching techniques with Johnny Friedlaender in Paris in the early nineteen-sixties, where she also began experimenting with film and a film script titled Die Mongolische Doppelschublade. Her first movie – Laocoon & Sons – a film about a country named Laura Molloy and a woman undergoing a series of infinite transformations, premiered in 1973. The film anticipates and already contains many elements that reappear in Ottinger's later movies: an unusual country, an extraordinary woman, and a chain of magic transformations that give rise to a series of eccentric character depictions.

The notion of transformation, taken from Virginia Woolf's Orlando, the poet who changes sex from man to woman and lives for centuries, meeting the key figures of English literary history, remains a significant theme in Ottinger’s movies.

Her breakthrough came with Madame X in 1977, an unconventional allegory about a pirate queen of the China Seas, who assembles a crew of stereotypical women – the housewife and the diva – who wish to leave their mundane lives behind for an utopian adventure. Addressing lesbian love and death was a great success among queer and feminist critics as well as gender scholars, while raising tremendous controversy. The New York Times called Ottinger “a one-woman avant-garde opposition to the sulky male melodramas of Wenders, Fassbinder and Herzog.“

While many of Ottinger’s feature films were located in foreign or even unknown countries, almost all of her documentaries exhibit a fascination with non-Western cultures: China. The Arts – The People (1985), Johanna d’Arc of Mongolia (1989) and Taiga (1992). In her monumental Chamisso’s Shadow, a twelve-hour documentary inspired by the historical reports of famous explorers such as Alexander von Humboldt, Georg and Reinhold Forster, Georg Wilhelm Steller, and particularly by Adelbert von Chamisso, Ottinger set out on a journey that brought her to Kamchatka, Chukotka, Alaska, and the Aleuten Archipelago. Related ethnic groups and cultures, who had been marked by a long history of colonial transformation and foreign economic interests, meet and interact while insiting their indigenousness languages and traditional knowledge.

In addition to her ample oeuvre of movies, Ulrike Ottinger has been a passionate photographer with exhibitions in museums and galleries all over the world. Her 2011 exhibition “Floating Food”, comprising four decades of her artistic production, caused a sensation at the Haus der Kulturen der Welt in Berlin.

Ulrike Ottinger received numerous awards such as the Audience Jury Prize in Montréal, the Bundesfilmpreis, as well as the German Film Critics Award. Her movies have been shown at film festivals around the world and were celebrated in retrospectives at the Cinématique Francais and the Museum of Modern Art (MOMA) in New York. She is a member of the Berlin International Film Festival jury, known as the Berlinale. 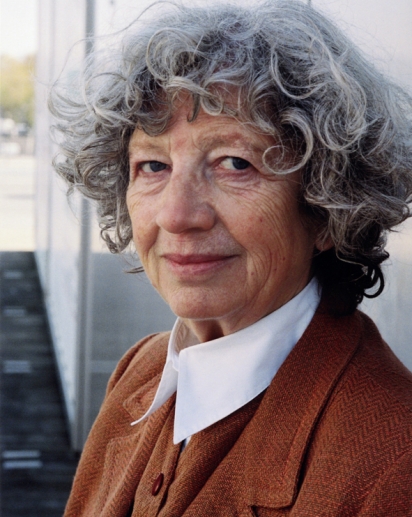