Wallace Stegner was a prolific novelist and short story writer, whose work largely centers about life in the American West. Major titles by Stegner include The Preacher and the Slave, a fictionalized account of labor leader Joe Hill; Angle of Repose, a reconstruction of the life of Western novelist Mary Hallock Foote, for which Stegner won the Pulitzer Prize; the 1977 National Book Award winner The Spectator Bird; and the semi-autobiographical novel Crossing to Safety. Over the course of his career, Stegner received numerous awards in addition to the Pulitzer and National Book Award, including the Little Brown Prize, the Houghton-Mifflin Life-in-America Award, and the Anisfield-Wolf Book Award. He also earned a Rockefeller Fellowship, a Wenner-Gren Foundation grant, two Commonwealth Club Gold Medals, three O. Henry Awards, and two Guggenheim Fellowships.

Stegner also wrote several works of non-fiction, including the biography, Beyond the Hundredth Meridian: John Wesley Powell and the Second Opening of the West, On the Teaching of Creative Writing, and Teaching the Short Story. He taught at the University of Utah, the University of Wisconsin, Harvard University, and Stanford University, where he founded its creative writing program. He also served as senior fellow of the National Institute of Humanities.

Additionally, Stegner was a committed environmentalist as well and fought for the lands he wrote about. He joined the conservation movement in the 1950’s and co-founded the Committee for the Green Foothills, which is devoted to protecting and preserving land in the San Francisco area. Stegner also supported The Sierra Club and worked diligently on the expansion of National Parks. 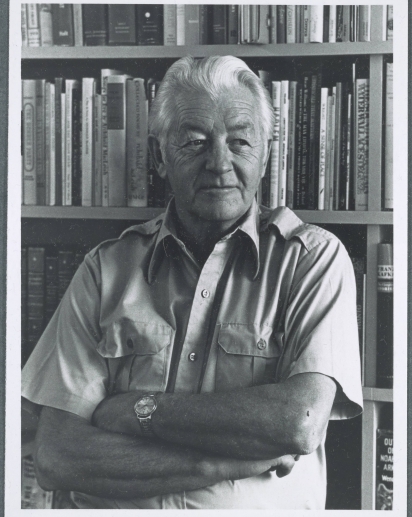