Werner Herzog is a German film director, producer, screenwriter, author, actor, and opera director, and was a prominent figure during the wave of New German Cinema during the late twentieth century.

He made his first film in 1961 at the age of 19 and since then, has produced, written, and directed more than 60 feature and documentary films. Herzog has also published more than a dozen books of prose, and directed as many operas.

His career has been long and hugely successful, earning praise from people around the world including French filmmaker François Truffant who called Herzog “the most important film director alive.” Roger Ebert, the American film critic, said that Herzog “has never created a single film that is compromised, shameful, made for pragmatic reasons, or uninteresting.”

It is not surprising that Herzog has earned numerous awards for his work. The Silver Bear Extraordinary Prize of the Jury, which he received for his film Signs of Life, was his first major award. At the Cannes Film Festival, he has won the Silver Palm for The Enigma of Kaspar Hauser and best director for Fitzcarraldo. His films Woyzeck and Where the Green Ants Dream were nominated for the Golden Palm award. Herzog’s films have won awards at other film festivals around the world. In 2006, the San Francisco International Film Festival awarded him with the Film Society Directing Award. In 2009, Time Magazine named him in its list of the 100 most influential people on the planet.

Herzog first came to Dartmouth in 1986 to accept an award from the Dartmouth Film Society and was excited to return to campus for his Montgomery Fellowship. During his fellowship, Herzog hosted an on-stage conversation and reel of highlights from his film career, met with students and faculty in the film as well as the German Studies and Anthropology departments. He participated in a screening of his 2005 documentary Grizzly Man, and in a presentation with fellow film director Ken Burns, during which the directors discussed the challenges and rewards of filmmaking. 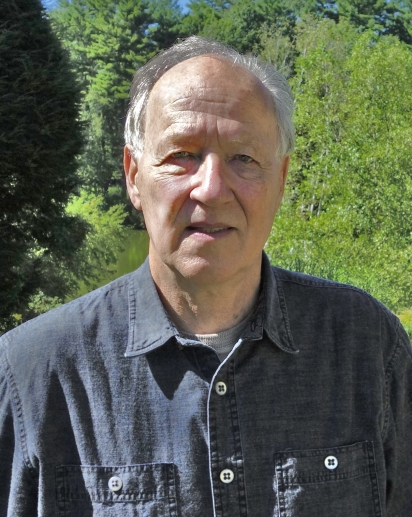