William Styron was an American novelist whose career was marked with much recognition and whose work remains celebrated today.

Styron won the Pulitzer Prize for literature in 1968 for his novel The Confessions of Nat Turner, a fictional account of an 1831 American slave rebellion. His highly-respected first novel, Lie Down in Darkness, is the poignant history of a deteriorating Southern family, and earned him the Rome Prize, which is awarded to emerging artists by the American Academy in Rome. During his time in Europe, Styron helped found the Paris Review with a few other writers, including James Baldwin. His novel Sophie’s Choice, which won the 1980 American Book Award, was made into a prize-winning film in 1982. Styron also received the international literary award Prix Mondial Cino Del Duca and the National Medal of Arts, and was also named a Commander in the Legion of Honor by French President François Mitterrand.

Later in his career, Styron suffered from depression for a number of years. After coming out of it, he wrote his memoir, Darkness Visible, and became an activist in depression awareness and survival. 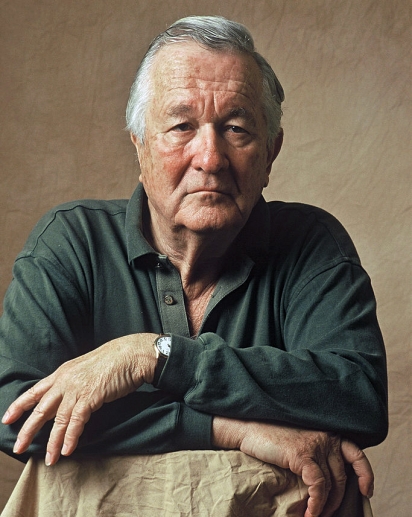