Yo-Yo Ma is a renowned and virtuosic Chinese-American cellist who has released over 90 albums and won 18 Grammy Awards. Ma is known for his rich, smooth, tone and for his live performances, but his work is featured in a number of films as well, including Crouching Tiger, Hidden Dragon and Master and Commander: The Far Side of the World.

Ma has received much recognition for his work. In addition to his honorary doctorates from Harvard and Princeton, he has also received the Avery Fischer Prize, the National Medal of Arts, the Presidential Medal of Freedom, and the Polar Music Prize, a Swedish international music award.

Since 2006, he has served as a United Nations Messenger of Peace. In 2009, Ma was asked by President Obama to serve on the President’s Committee on the Arts and Humanities. In 2014, Ma received the first-ever Fred Rogers Legacy Award in recognition of his work as an advocate of children’s education.

During his Montgomery Fellowship, Ma performed with his Silk Road Ensemble, which is part of his organization, the Silk Road Project, which he founded in 1998. The project focuses on exploring the different ways that the arts can be used to further global connections and understanding. He also led a discussion and visited a number of classes. 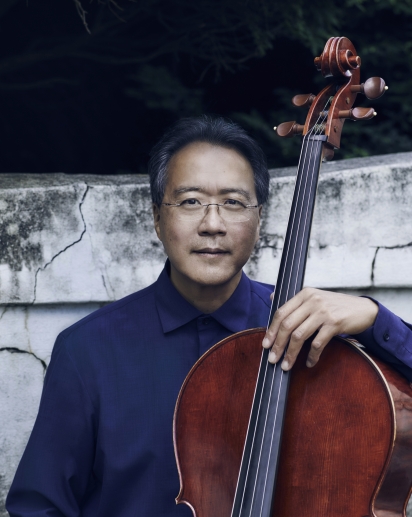