Best known for his role as Hawkeye Pierce in the TV series “M*A*S*H,” Alan Alda is an acclaimed actor, writer, and director. He has received six Emmy awards and six Golden Globe awards, and earned an Academy Award nomination for his role in the 2004 film The Aviator.

Although Alda is best known for his award-winning work in movies, theater and television, he has an equally distinguished record in public communication of science. For 14 years he was the host of the PBS series “Scientific American Frontiers,” a television show that investigated scientific and technological advancements. He also joined Stony Brook University as a visiting professor and helped create the Alan Alda Center for Communicating Science (CCS) in 2009, which is focused on helping current and future scientists learn to communicate more clearly and vividly with the public.

During Alda’s Montgomery Fellowship, Dartmouth joined the CCS to help students and faculty communicate about their research more effectively, and Alda nurtured that partnership. 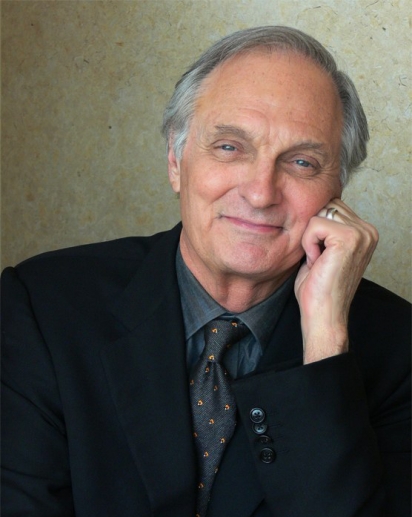