In July, Dartmouth is convening more than a dozen prominent scholars, artists, and activists to celebrate the 25th anniversary of the publication of Race Matters. 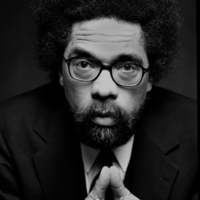 The conference runs Friday, July 13, through Sunday, July 15, in Moore Theater at the Hopkins Center for the Arts.

West, Professor of the Practice of Public Philosophy at Harvard Divinity School and one of the country’s most recognizable voices for social justice, will participate in the conference throughout the weekend, including Sunday’s roundtable discussion, from 1-4 p.m.

Race Matters, a collection of essays aimed at a popular audience, was a bestseller when it was published in 1993. At the time, West was already known as prolific scholar and social critic. But the book—one of more than 20 that West has authored—made his ideas accessible to a broader public. New York Times book critic Michiko Kakutani wrote that the book “directly takes on some of the most volatile issues facing American society today, and for the most part, it does so without mincing words. … one can only applaud the ferocious moral vision and astute intellect on display in these pages.”

A quarter-century on, the ideas West outlines in Race Matters are still urgent, says Barbara Will, associate dean of arts and humanities. “In the wake of the Black Lives Matter movement, West’s message could not be more relevant or more necessary,” Will says. “We see this conference as having significant national resonance.”

The conference begins with opening remarks from 4-6 p.m. on July 13, in Moore Theater, followed by a reception on Baker Lawn (rain location: Hanover Inn Grand Ballroom). Saturday includes panel discussions on “Cornel West and His Intellectual Genealogy,” “Black Prophecy in a Transnational Context,” and “Race Matters Then and Now.” Sunday begins with a panel on “Why Race and Racism Matter Now More Than Ever.” The conference concludes with a Sunday afternoon roundtable featuring West.