Who Owns the Past: Photogrammetry Study & Conservation of Hominin Footprints

Who Owns the Past: A Photogrammetry Study and Conservation Discourse of Hominin Footprints at Laetoli Sites G and S in Northern Tanzania 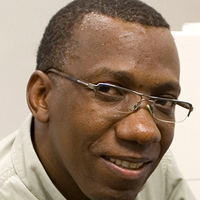 Dartmouth Archaeology Working Group (DAWG) Colloquia: Charles Musiba, Department of Anthropology at the University of Colorado Denver - Who Owns the Past: A Photogrammetry Study and Conservation Discourse of Hominin Footprints at Laetoli Sites G and S in Northern Tanzania

The 3.6 Mya Laetoli hominin trackway have long been recognized for their crucial importance in understanding the evolution of upright posture and bipedalism in hominins. This ichnofossil record has also provided a snapshot of the paleoecological settings in which the Pliocene hominins at Laetoli thrived. Continuing advances in imaging technology, particularly photogrammetry, offer great potentials for detailed ichnofossil analyses not only on how many individuals left the prints, but also the depositional environments and paleofauna communities. Additional hominin and animal trackways discovery by Masao and his co-workers southwest of the hominin footprints Site G, provide a critical comparative data set to test hypotheses about Pliocene hominin locomotion, ichnotaxonomy, and conservation efforts. The discovery of hominin prints at Site S raise more questions on the taxonomic affinities of Laetoli bipeds at Laetoli. Utilizing digital photogrammetry, we conducted a comparative analysis on a portion of the newly discovered hominin trackway at Site S (M9) and the original G prints trackway. Photographic and anthropometric measurement data were collected both directly from the trackways themselves and from the first generation cast of G prints trackway housed at the Laetoli visitor’s center. Focusing on the morphological characteristics of the footprints, gait patterns, and the taphonomic context of the trackways as well as the conservation challenges of such record, here I present some preliminary results, which strongly indicate some striking similarities and differences between the two sets and possible conservation scenarios of Sites G and S in the light of World Heritage Center recommendations.