The best-selling author will participate in a public conversation on April 27. 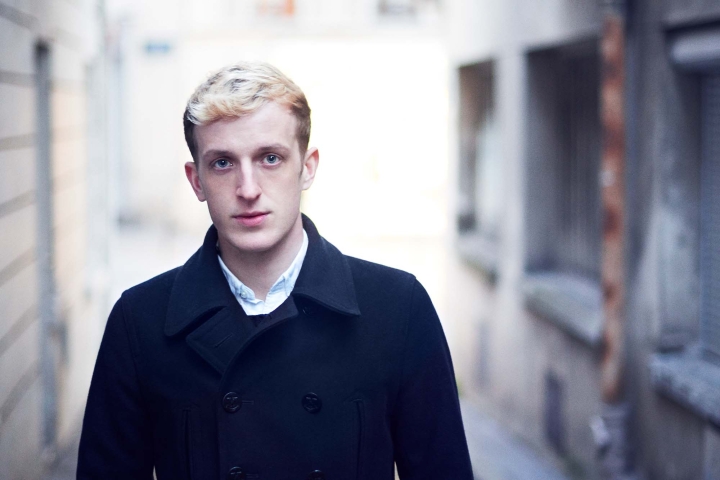 Montgomery Fellow Édouard Louis will be in residence April 26 to May 3. (Photo courtesy of Édouard Louis)
Body

The award-winning writer Édouard Louis—whose ability to frankly portray class, sexuality, and violence in contemporary French society has made him a literary star—returns to Hanover from April 26 to May 3 as a Montgomery Fellow.

The author of the Pierre Guénin Prize-winning novel The End of Eddy (En finir avec Eddy Bellegueule), History of Violence (Histoire de la violence), and most recently, Who Killed My Father (Qui a tué mon père) will participate in an April 27 conversation on “Reinventing the Public Intellectual: Literature, Politics, and Radicality” with Lucas Hollister, an associate professor in the Department of French and Italian.

The discussion, which is free and open to the public, takes place at 5 p.m. in Moore Hall B03.

While on campus Louis will also visit undergraduate classes and engage with students in the West House residential community and in the Master of Arts in Liberal Studies program, among other events.

“Édouard Louis is a particularly astute observer of how issues of class, gender, race, and sexuality inform social and political life in France today,” says Hollister. “The conversation will be an opportunity to hear from one of France’s most exciting young writers. Following the results of the second round of the French presidential elections, I expect Édouard will have a lot of insight to offer on current political conditions in France and beyond.”

In addition to his literary work, which has been translated into more than 35 languages, Louis has been a voice for the political left in France and a defender of the populist Yellow Vests movement that began in 2018.

The conversation will be an opportunity to hear from one of France’s most exciting young writers.

He told The New Yorker magazine in a December 2018 interview that he was drawn to the movement by photographs showing “very poor people, people like my mother, people like my father, exhausted people, extremely poor people. I was able to read it on their faces, because I know those people. I recognized, suddenly, a body, in the noblest sense of the term. A body that I’m not used to seeing in the media. And I felt that these images were crying out to me.”

Louis’ semi-autobiographical novels—which document his coming of age as a gay man in a small working-class town in northern France, a young adulthood marred by sexual assault, and his fraught relationship with his father—have all been adapted for the stage. Indeed, his Montgomery residency immediately precedes his performance in the American debut of Who Killed My Father, a one-man show that runs from May 18 to June 5 at Brooklyn’s St. Ann’s Warehouse.

About the Montgomery Fellows Program