How can we meet the planet first-hand, in all its glorious complexity, and also sit still enough to remember what we love? And how do we stay calm in an ever more distracted and divided world?

Pico Iyer is the author of 15 books of fiction and non-fiction, translated into 23 languages. He has been a regular essayist for 36 years for Time, The New York Times, Harper's, the Financial Times and more than 250 periodicals across the world. He has also written a screenplay for Miramax, many liner-notes for Leonard Cohen and the introductions to more than 70 other books.

On-screen, his four talks for TED have received more than 11 million views so far. He has been the subject of program-length interviews with everyone from Oprah Winfrey to Krista Tippett, and everywhere from NHK World to Larry King's show. His books cover subjects ranging from the Cuban Revolution to Islamic mysticism, from globalism to stillness and from the British novelist Graham Greene to the XIVth Dalai Lama, with whom he's been talking and traveling for 48 years.

Most recently, in the summer of 2019 he served as Ferris Professor at Princeton, Guest Director of the Telluride Film Festival and the first official writer-in-residence at Raffles Hotel Singapore.

Born in Oxford, England, to parents from India, Iyer was educated at Eton, Oxford and Harvard, and at Oxford received a Congratulatory Double First, with the highest marks of any English Literature student in his year. Since 1987 he has been based in Western Japan, and in recent years he has been awarded an Honorary Doctorate of Letters.

The future of hope, a conversation with Elizabeth Gilbert
On Being with Krista Tippett, Nov. 18, 2021

Creating Hope
A conversation with His Holiness the Dalai Lama, May 19, 2021

The beauty of what we'll never know
TED talk, October 2016 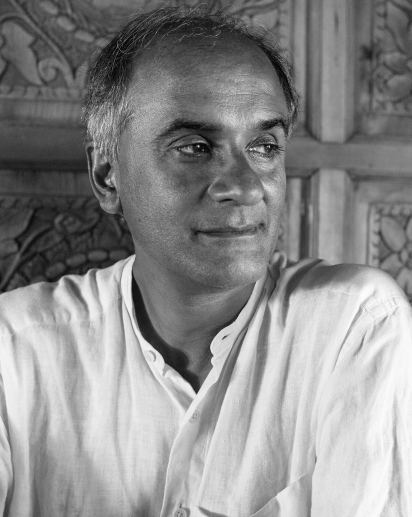